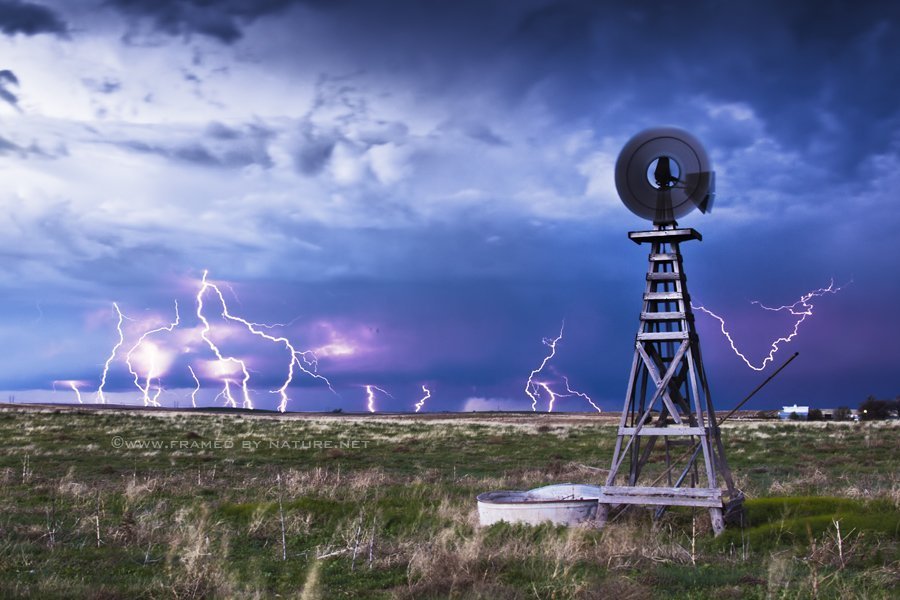 Getting up to speed quickly on safety rules is Evan Ludes, a 22-year-old photographer from Omaha, Nebraska. Already, he’s amassing a solid collection of weather-related content, images that are intense and dynamic. His great love of the outdoors led him to establish Framed By Nature. His website chronicles past storm chases and scenes from his travels.

Ludes also caught storm fever as a toddler growing up in Wichitia, Kansas. “I don’t remember much about the storm itself, but I do remember sleeping in the basement for almost a week straight with the rest of my family,” he shares. “There had been a sustained outbreak of tornadic storms, and instead of waking up in the middle of the night to get our things together to go to the basement, we decided it was easier to simply sleep down there. An odd thing for sure, but that’s living in Tornado Alley for you!”

Though he hasn’t shot every type of weather yet, Ludes has a good selection of weather phenomena. “Thunderstorms, tornadoes, blizzards, dust storms, hail storms… you name it, I’ve probably been out in it,” he says. One of the most common types of storms in his gallery is known as a supercell, which is a persistent rotating thunderstorm. “This rotation is what sculpts the cloud’s spectacular “mothership” shape,” he explains.