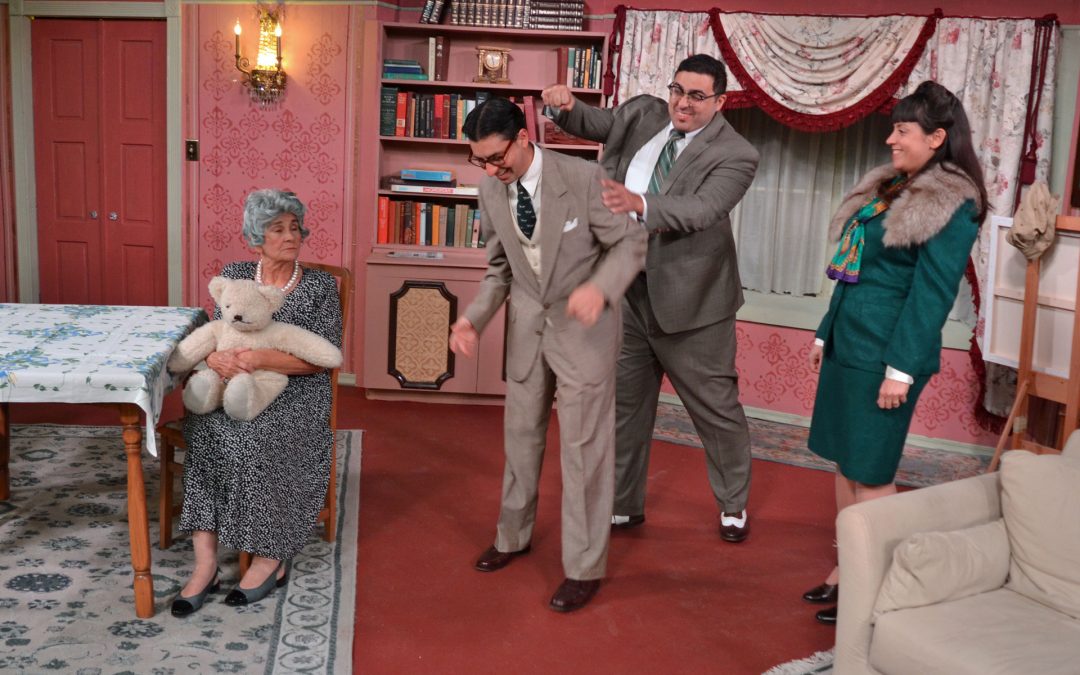 Ah, the drama of blended families. When they find themselves facing asset allocation, personalities often supersede principals. Such is the case in “The Curious Savage,” a two-act play originally penned by John Patrick in 1950, now running at The Adobe Theater. The full length comedy is an actor’s delight, featuring significant roles for six women and five men.

Micah Linford says it’s a play he’s wanted to direct since first discovering it nearly 20 years ago. “I didn’t change a word,” he reveals, adding that he is amazed how contemporary the dialogue reads 66 years since opening on Broadway. Though not a sensation at the time, the story holds up surprisingly well through the decades and provides audiences with multi-dimensional characters to love and loathe.

The premise is simple enough: Selfish step-children clamor to get their mitts on a ten million dollar birthright their late father leaves to his widow, Mrs. Ethel P. Savage. Her plan for the money is to establish a Happiness Fund, where even the most frivolous dreams of strangers can be fulfilled. In desperation, the siblings plop their step mom into The Cloisters, a progressive sanatorium (more assisted living than nuthouse) with hopes of scaring her into handing over their legacy—which is cash she’s converted into hidden bearer bonds.
Continue reading at ABQtodo…