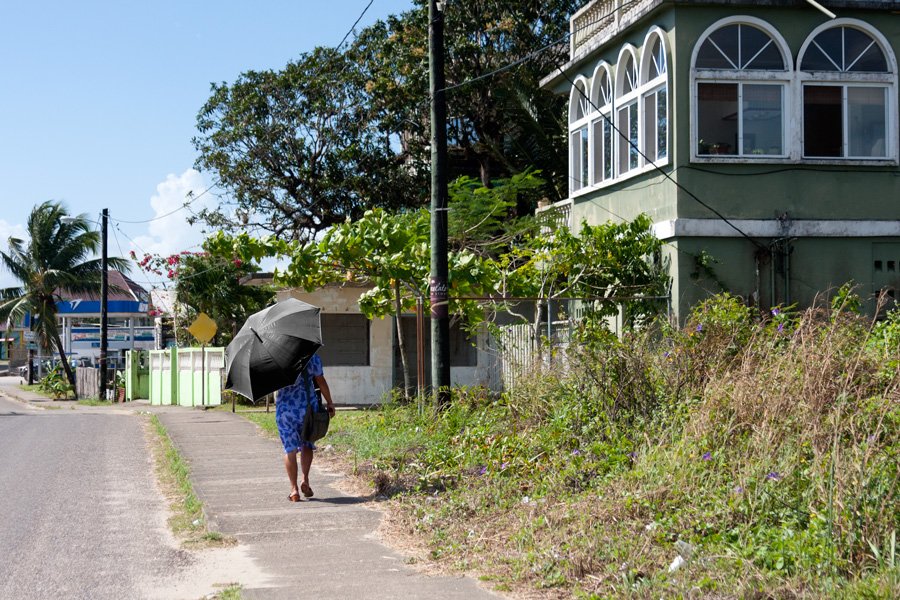 This woman has perfected her shape from all angles. Image © Jain Lemos.

Continuing with my new blog series, The Ultimate Guide to Producing Documentary Books, it’s time to start shaping the subject of your project, now that you’re convinced getting started is a snap. There are a few general categories that most documentary books fit into and there is some crossover in each. But a documentary format can work for practically any subject you care to tackle. The fun part is figuring out what type of coverage you can get and how much material can be generated from the idea.

Single Photographer, Single Topic. These books provide extensive photographic reportage on a single theme. The structure forms around one photographer’s body of work that has been developed over a considerable period of time. There may be new photography planned for the book to round out or complete existing coverage. The subject could examine a particular social issue (immigration) or a cultural experience (artist life on the Côte d’Azur). Or it could cover a specific occupation, talent or practice, such as farmers, piano players or sustainable architecture techniques. The book could cover a topic regionally or universally. It could span the history of the subject or deal with its contemporary aspects. The photographer might write the text but I recommend this only when the photographer is also a seasoned, published writer and considered an expert on the subject. Have respect for the two distinct disciplines and avoid headaches by assigning each accordingly. A writer and a photographer collaborating bring depth to the book and both should be considered equal authors of the book. Don’t rule out a reverse scenario: reading a book or article on your subject matter first then asking the author if they would be willing to work with a photographer in a new format. I don’t include “how to” books in the documentary category, though there could be some narrative about how the photographer approached the subject. This could be designed into sidebars or placed in a preface or afterword section depending on the type of instruction given.

Behind the Scenes. When you have special access to something you have the beginnings of a great documentary book. These “making of” or “tie-in/companion” titles are my specialty and the type of books managing editors clamor for. Natural fits are motion pictures and TV shows where the cast and crew give unlimited angles for coverage. Images can be edited from the unit stills taken during the production, from new photography assigned specifically for the book, or a combination of both. There are tons of people to interview! Having a historical slant is the icing on the cake. When it’s a period piece movie and it’s about a real event or person you’ve hit the jackpot. I thought there would be more books made based on all of these ridiculous reality shows. In fact, I took out the URL realitybooks.com in 1999 in anticipation of becoming a publishing mogul but nothing ever happened. Wouldn’t you think a book on the making of Survivor would be a hit after 15 years of episodes? Anyway, this category isn’t limited to big sexy tie-in undertakings. How about behind-the-scenes of a car manufacturer? There are plenty of stages to document from concept to garage.

Pictorial Biographies. I’ve worked on profile books about athletes (Dan Marino and Muhammad Ali) and musical groups (Boyz II Men) and these take special thought. Sometimes the images exist and a book is whipped up from a collection and sometimes never-before-seen images are promised. One problem is the availability of decently composed and printable images from the person’s childhood—at least that’s the case if they are anything close to my generation or dead. There will also be variable licensing costs—and photographic styles—if the person has been photographed by scores of people you don’t know but including their images are critical to the coverage. Some notable people have a photographer in their fold so producing a book of their images can work out if it doesn’t become a vanity press. Make sure you have a direction for the text that isn’t fluff. When undertaking a bio-pic book, they usually succeed when the person or group is legendary, but don’t rule out should-be-celebrated people. Above all, please try to do an authorized book!

Event Coverage. These books have high energy and impossible deadlines. If it can’t be published within a few weeks after the event you‘ll lose momentum. An exception on the pub date rush would be the Day in the Life genre books. I put these in this category because the shooting takes place on one day even if the “event” is something that is not pre-coordinated.* An event coverage book can be about an annual happening or experience such as Burning Man or the Sturgis Rally. Or it could be a memorial after a tragedy as we did with the book Requiem: The Oklahoma City Bombing. Presidential inaugurations make for a lot of whooping and hollering shots and I worked on one of those books, too. Multiple photographers are needed and a team of photo editors will rake through the frames afterwards. Plan the coverage as far in advance as possible, using assignment editors to make everything come together harmoniously, which is never going to happen exactly. There is going to be something that happened during the event that is on every channel, but no one from your team has it. Fingers will point at you. Large gatherings provide logistical concerns and without official credentialing and VIP access from the organizers, don’t even attempt these types of books.

*Yes, the Day in the Life books all used assignment editors so the photographer had some idea of what they were supposed to shoot when they arrived at their designated location (I was one on the California book). Editors worked weeks in advance to find out what was happening on the “day” and if it would make good pictures or not. We also needed to be sure another photographer wasn’t going to be shooting the same situation in their location. For example, a California icon is surfing and anyone assigned near the coast would looking for that situation and it had to be covered so we assigned it, but we gave a lot of other options, too. Of course, we didn’t expect the photographers to follow our assignments and some of the best photos had nothing to do with what we had arranged.

I’m hungry now… have I missed something? Let me know and I’ll think on it tonight, too. Up next will be Planning Distribution where the chief concern will be asking who is the audience and how will this book reach them!