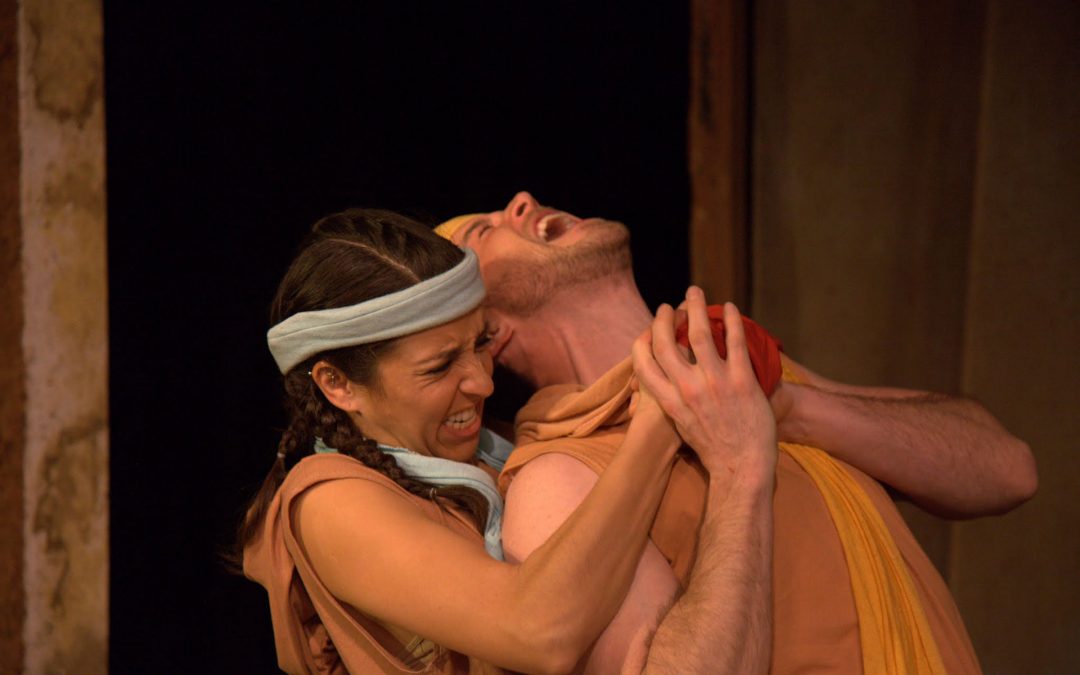 If eons have passed since your last Shakespearean experience, consider Duke City Repertory Theatre’s swirling production of Julius Caesar. Within minutes of the action unfolding, you’ll remember why Shakespeare is the decisive test for actors and audience. Settling into the mood and semantic flair, it’s impossible not to marvel at the playwright’s superior awareness in his lively retelling of Roman history. With adaptation and direction from Dr. John Hardy, who contributes an alternative point of view, this version is both ancient and futuristic with a spooky, tribal soundtrack.

The story is not so much about the dictator, but more about those closest to him who wrestle with emotions of loyalty and distrust. Caesar’s co-consul, Marc Antony, is played with sincere passion and understanding by Ezra Colón. Some actors are better suited for Shakespeare than others, and Colón is one without a doubt. He has a natural ability as an orator, making him perfect as Antony, taking center stage with ease time and again to deliver fine discourses with gusto.

Army commander Cassius, played with fitting motivation by Frank Taylor Green, is resolute in his resolve to kill Caesar. Green uses his body—especially his eyes and hands—to great effect, making Cassius seem creepy and paranoid. Green powers through difficult passages, keeping his tempo and intonation fluid to maintain the clarity of Cassius’ purpose.

The Curious Savage
A Chorus Line