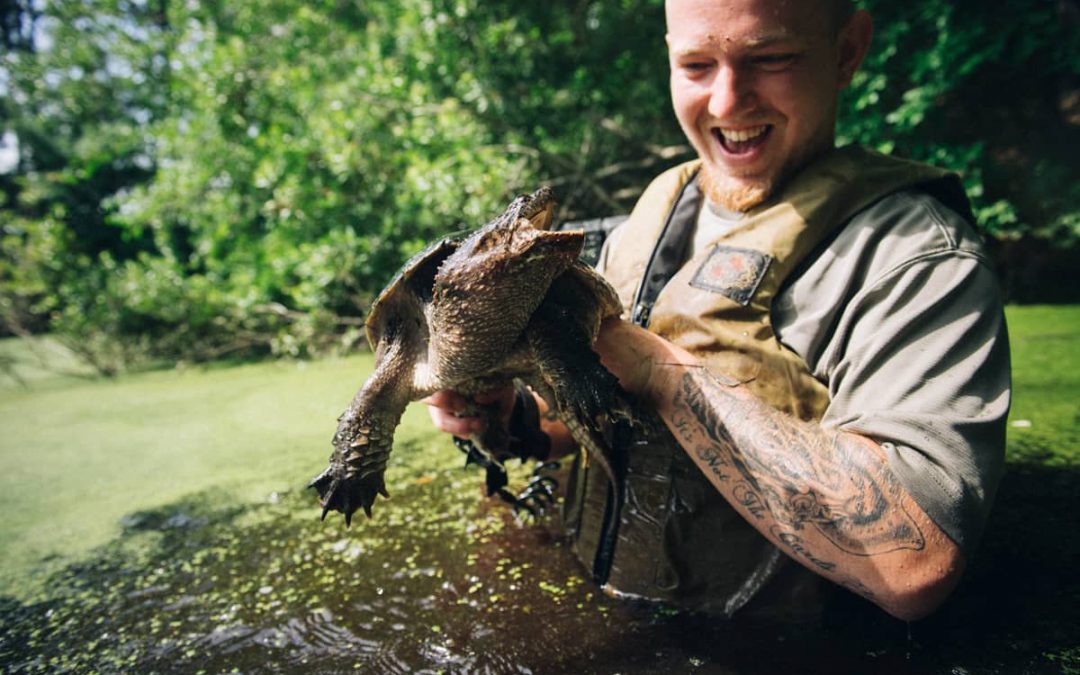 In looking at his photos of gutsy turtle hunters and dangling rock climbers, I get a sense that Andrew Kornylak is something of a swami of angles. It’s not a coincidence that he is also a mathematician. Andrew devotes his efforts to what’s happening in those distant places most people only give a glancing pass to while driving along lonely miles of highway. His work amounts to satisfying and uncommon stories that bring viewers a special look at his subjects and their intrepid activities.

Born and raised in Ohio, Andrew traveled the country in pursuit of a photography career after earning a degree in math and working as a software developer. He’s been rock climbing for more than a quarter century and his photography exemplifies his passion for beautiful places and adventurous people. His environmental portraiture is widely published among the top outdoor magazines and his many editorial clients (Garden & Gun, GEO, Outside, National Geographic Adventure, The Nature Conservancy, Climbing, NPR, and The Wall Street Journal). He also shoots commercial work (Apple, Square, Hanes, Red Bull), directs documentary films, and is the Photo Director for Outdoor Retailer. As a storyteller and conservationist, Andrew brings us tales from the field and pointers for working in the wilderness.

I can’t help thinking about your position in taking some of these shots. Does this come naturally or are you putting a lot of thought into exactly where you need to be?

As a young climber and photographer, I was really taken by the work of Galen Rowell, who was probably the first “adventure photographer.” Rowell was interested in the personalities and human drama of outdoor adventure and felt it could best be captured by being a participant, rather than a mere observer, attempting K2 and traversing the Karakoram in winter for example. He had a rare skill set, but I think that approach can guide the way you photograph any subject. If you prepare yourself — physically, mentally — as a “participant,” you are more fully invested in the outcome. You earn trust. This is a more privileged angle, physically and metaphorically. This approach means I’m not photographing or filming subjects that don’t resonate with me, and that’s just fine with me personally, because half my life is consumed by it.